I made a lot of friends and talked to a lot of different people and watched myself and others change over time.

Recently, vertigo (one of the early members of the IRC chan I was/am in) got me ~7 years of logs, which came out to be ~2 million lines.

There were a few things that vertigo and I wanted to find out.

One was who is the most positive and negative in the channel. I did some VERY basic analysis and looked at the average sentiment polarity and got some interesting and some obvious results. 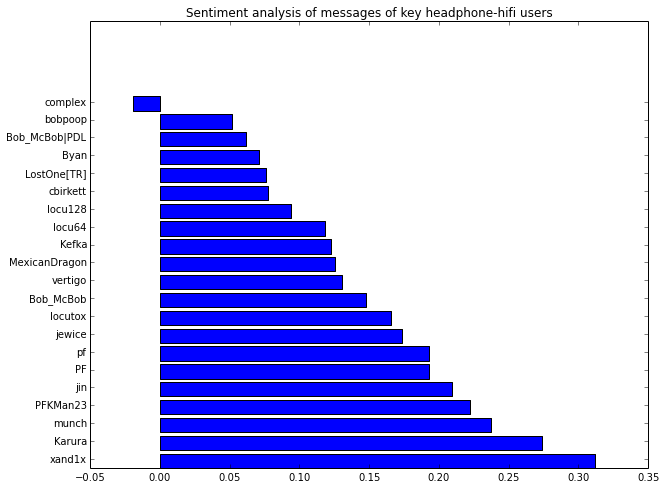 complex (used to be) our resident troll-ish person. Worked perfectly that he was the most negative. Another user PF used both lowercase and uppercase versions of his nick and we can see that both of them are almost the same. 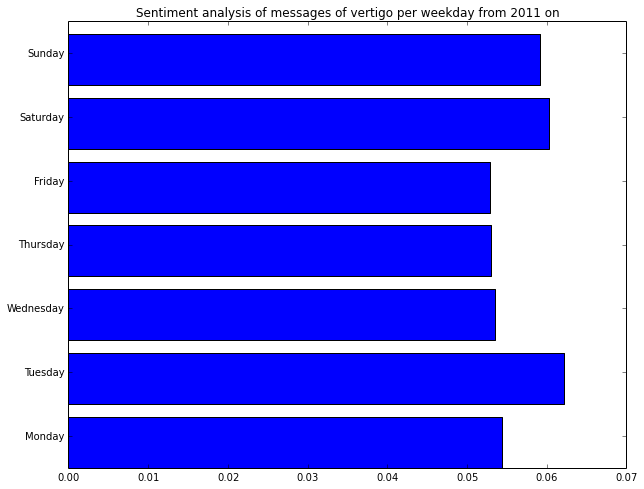 As we can see, there is a slight trend but it does not seem to be significant. Also vertigo likes tuesdays for some reason.

Next step is to look at some time series and see how people changed over time!